The Best Roblox Characters In 2022

Are you looking for the best Roblox characters of 2022? Look no further! Here, we have compiled a list of the best avatars from the popular Roblox video game. From popular anime and gaming avatars to iconic characters, Roblox avatars have something for everyone.

Whether you’re a fan of anime, superhero, or action games, Roblox avatars offer a wide variety of options to choose from, allowing you to express personalities and interests. From popular characters like Naruto and Goku to unique avatars such as the Zombie Assassin, there are plenty of pop culture choices for everyone.

With the ability to customize each with apparel and hairstyles, players can create all kinds of avatars that fit their personalities and style. Avatars also come in various sizes and shapes, allowing one to pick a character that best fits their body type.

With so many possibilities available, Roblox provides a fun way to express themselves while playing the game. Customizing cost Robux, the official in-game currency is available for use by any creator.

How To Create Your Characters In The Roblox Shop

Creating your favorite playable Roblox that’s unique and a lot of fun. To do this, you’ll need to use the Roblox digital in-game store where you can personalize and do endless customizations. From clothes, weapons, and models, you can craft and use the editor to build incredible avatars and bring out the artist in you. Here’s how to create your characters in the Avatar Shop:

1. Choose Your Body Type: The first step is to select the body type you want for your character. There are several options, including humanoid, monster, and animal-like avatars. Pick one that matches your vision for your character’s look and feel.

2. Create Your Face: Once you’ve chosen a body type, it’s time to make the face of your character. The store lets you mix and match facial features like eyes, noses, mouths, hairstyles, and more to create a unique appearance for your character.

3. Add Clothing and Accessories: Now it’s time for the fun part! Head over to the apparel section of the store to start adding dresses and accessories that fit your character concept. You can choose from hundreds of different items like hats, shirts, pants, shoes, and more to create an outfit that expresses who you are as a person or creature.

4. Final Touches: Finally, give your creation some final touches by adding special effects if desired. You can also add emotes or gestures so that they can interact with others in games and worlds!

Creating characters in the Avatar Shop is simple once you know what steps to take – so have fun experimenting with different costumes and designs until you find something perfect for your avatar!

You can build your own excellent Roblox picks and buy the in-game currency Robux with USD There are many different characters to choose from, but some of the 10 best characters are:

This is one of the coolest Roblox and one of the top choices in popularity surveys, especially among the younger crowd. It’s a game of luck and skill, where one must collect and combine pieces of fries to create larger combos for higher scores. One can also purchase and use power-ups to help them out in their quest for high scores. With tons of levels and challenges, Gang o’ Fries is an exciting game that will keep you coming back for more.

Roblox Zombie is a cool build in the online game platform. He is known for being a dangerous and undead menace. Some gamers consider him to be one of the best. When playing as Roblox Zombie, it is important to be aware of your surroundings at all times. You never know when he might jump out at you from behind a corner! In addition to his deadly attacks, Roblox Zombie also has some powerful abilities that can help him defeat his opponents. For example, he can teleport short distances, and he can turn invisible.

The Hulk is one of the most popular Marvel selections. He is known for his strength and for being one of the strongest there is. This makes him a favorite, and he has a lot of fans who love to play like him in the game.

One of the main reasons why people like playing as the Hulk is because of his ability to take down enemies easily. His powerful attacks make it easy for him to defeat opponents, no matter how strong they are.

His large physique makes it difficult for opponents to hit him with their attacks. In short, the Hulk is one companion that can be relied on when it comes to fighting off attackers or defending oneself against assaults.

The Hulk has a lot of fans because of his strength and ability to take down opponents easily. One thing that many like is how the Hulk never gives up. Even when faced with difficult odds, he always manages to come out on top.

Additionally, his large physique makes it difficult for opponents to hit him with their attacks. This makes him an incredibly versatile choice, able to use his strength and size to deal damage or defend himself in different situations.

Overall, the Hulk is one of the most popular choices due to his strength and ability to overcome any obstacle placed in his way. Whether it’s taking down enemies single-handedly or helping allies defeat opponents, the Hulk always delivers.

Builderman is one of the most well-known icons of all time. He first appeared in the early days as a simple building hero, but his popularity quickly grew as people discovered his ability to transform into different objects and creatures. Today, Builderman is a popular meme and an important part of Roblox’s history.

He first appeared in the early days as a simple building persona, but his popularity quickly grew as more and more discovered his ability to transform into different objects and creatures. Today, Builderman is a popular meme and a part of the community culture.

This is a mysterious choice that has become popular for his mysterious persona and his role in the development of Roblox. Little is known about him, but his influence is undeniable. He first appeared on Roblox in 2006 as the developer of the game “The Maze”. The game was a hit and quickly became one of the most popular Roblox games of all time.

The Maze was a puzzle game that required people to use their imagination to figure out how to get to the end. John Doe’s mysterious persona and the innovative gameplay of The Maze made him a popular figure. He continued to develop new games and became one of the most influential developers.

Rogue Space Assassin was born on the planet Garron IV, a harsh world with little to offer its inhabitants. He was forced to become a space assassin to survive and protect himself from his enemies. Rogue Space Assassin is relentless in his pursuit of blood and will stop at nothing to achieve his goals. Whether it’s assassinating powerful politicians or wiping out entire armies, Rogue Space Assassin is one deadly opponent that you don’t want to cross paths with.

Nezuko Kamado is a kind-hearted demonic girl who befriends and helps Tanjiro. She was turned into a demon by Muzan Kibutsuji but still retains her human heart and persona. Natsuki Hanae voices Nezuko in the Japanese version of the anime, while Abby Trott voices her in the English dubbed version.

Since she is still a human at the core, Nezuko struggles with the morality of her actions as a demon. This makes for an interesting dynamic, as she often has to make tough decisions that would be difficult for any other in the series. Additionally, her interactions with Tanjiro – who is also struggling with his demons – are some of the most touching moments in the series.

It is known for its sleek, stylish look and its powerful abilities. It is equipped with a powerful sword and shield, making it a formidable warrior opponent in battles. Red Guard is also known for its distinct color scheme, with a bright red body and dark blue accents.

It is seen as a symbol of strength and courage, and its popularity has grown significantly over the years. Fans are drawn to the unique look and feel, as well as its powerful abilities, making it one of the most popular builds in the game.

The Overseer is a mysterious and powerful being who is rarely seen in the game. He appears to have a deep knowledge of the game and can help users in their journey through the game. He is seen as a mentor and teacher, helping fans to develop their skills and become more powerful.

The Overseer can give you powerful items that they would not be able to obtain elsewhere. These items can be used to help people progress further in the game. As well as this, the Overseer can upgrade their abilities, such as increasing their health and damage.

The Overseer is great to have around, as he can assist users when they are struggling. He is also able to guide strategies and tactics that can be used in the game. He is a powerful ally to have in the game and can be a great asset to any team.

Whether you want to be a longtime Roblox gamer or just getting started, these iconic ideas will ensure you have a memorable impact on your experience. Be sure to explore and enjoy your time in the world of Roblox! 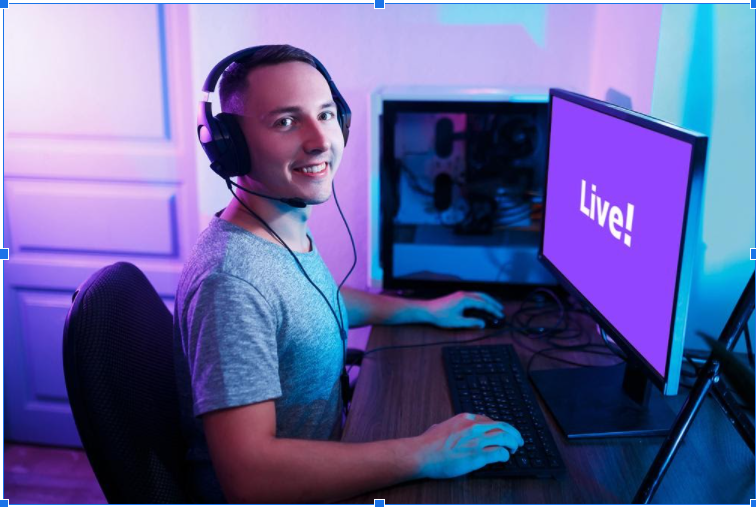 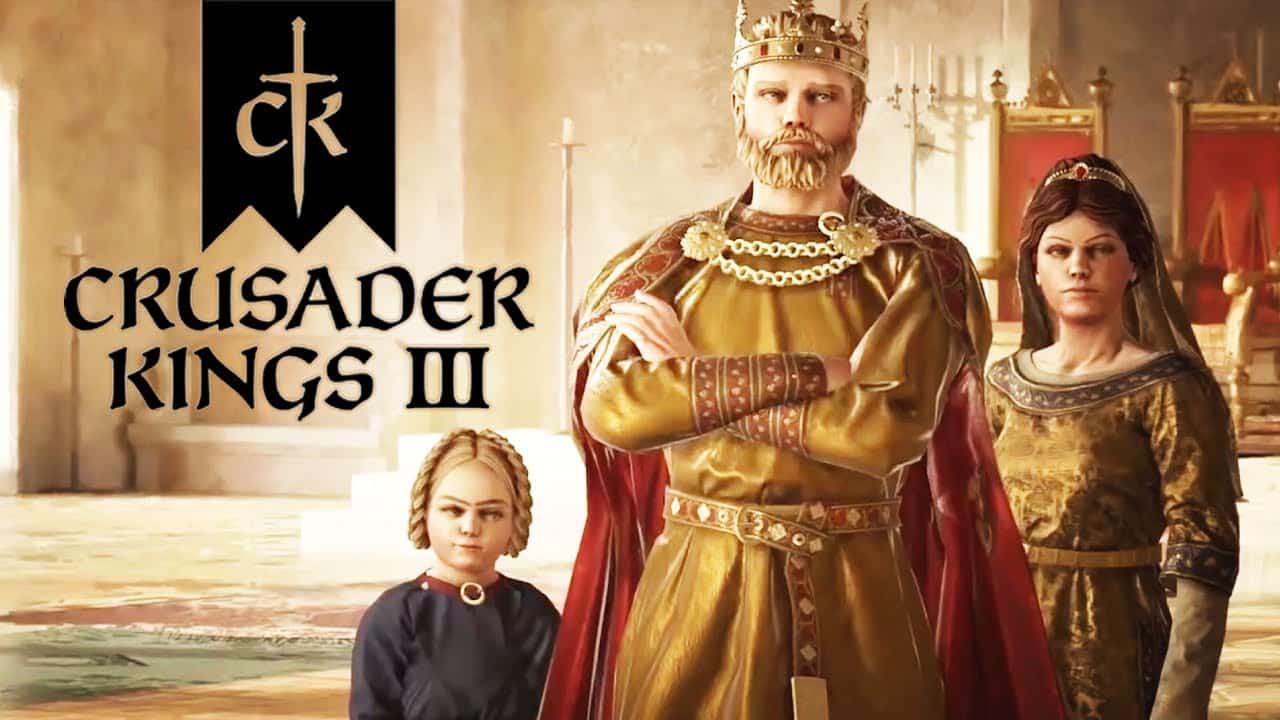 IMMERSE YOURSELF IN A FANTASY WORLD WITH THESE GRAND STRATEGY GAMES!