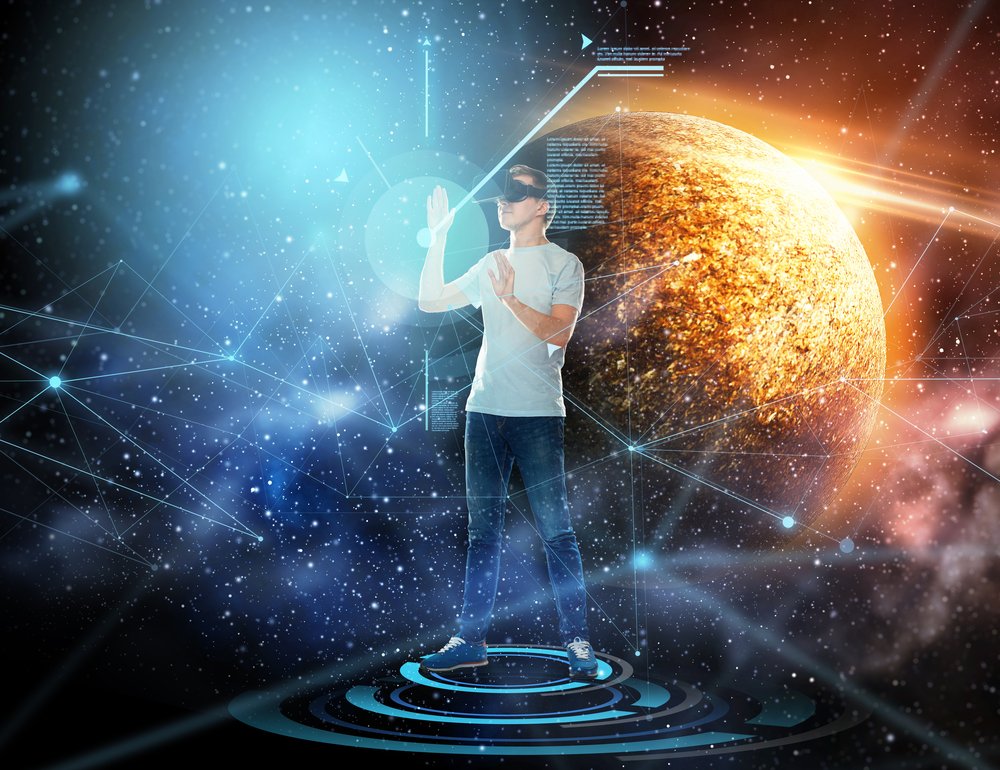 The future of both the gaming industry and the gaming market has been on the rise recently, with upcoming changes within its complex, improving on major trends.

“War… War never changes.” One of the most famous opening lines from the hit Bethesda game called Fallout 4, wherein you play as your own character in a post-apocalyptic Boston and the surrounding Massachusetts region collectively known as the “The Commonwealth” in the game’s open-world setting. But is that true for the whole gaming industry?

The simple answer to that is no, of course. Everything in life changes, including video games. Therefore, the gaming industry should follow those changes in order to keep up, or else it will be left behind in the dust.

From the simple two-dimensional, table-tennis themed video game named “Pong” released in 1972, to the modern AAA titles such as DOOM Eternal, a First-Person Shooter (FPS) action arcade shooter made by id Software and Bethesda Softworks released in 2020, video games have greatly evolved over the decades it has been present.

But what are the specific changes that the gaming industry made?

Changes in the Gaming Industry

According to Investopedia, one of the noticeable changes that happened in the whole gaming industry over the decades was the increased complexity of creating new games. That complexity almost happens each time a new generation of gaming consoles and improvements in both processing and graphical power in computers occur. 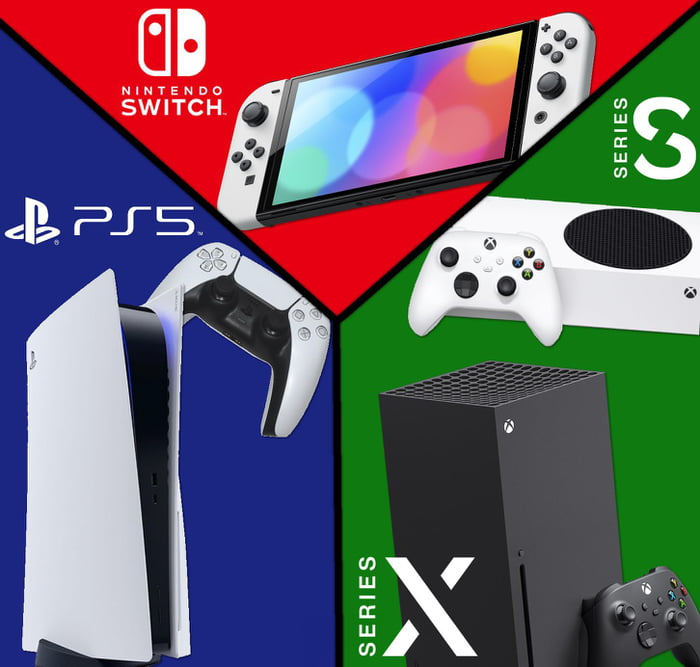 Nintendo Switch: An Eighth Generation in the Ninth?

Although it has been officially considered as part of the Eighth Generation, the Nintendo Switch which was originally released in Q1 2017 is still being considered by the gaming public as part of the Ninth Generation due to its portability and library of on-demand games, wherein the two Ninth Gen consoles cannot match. 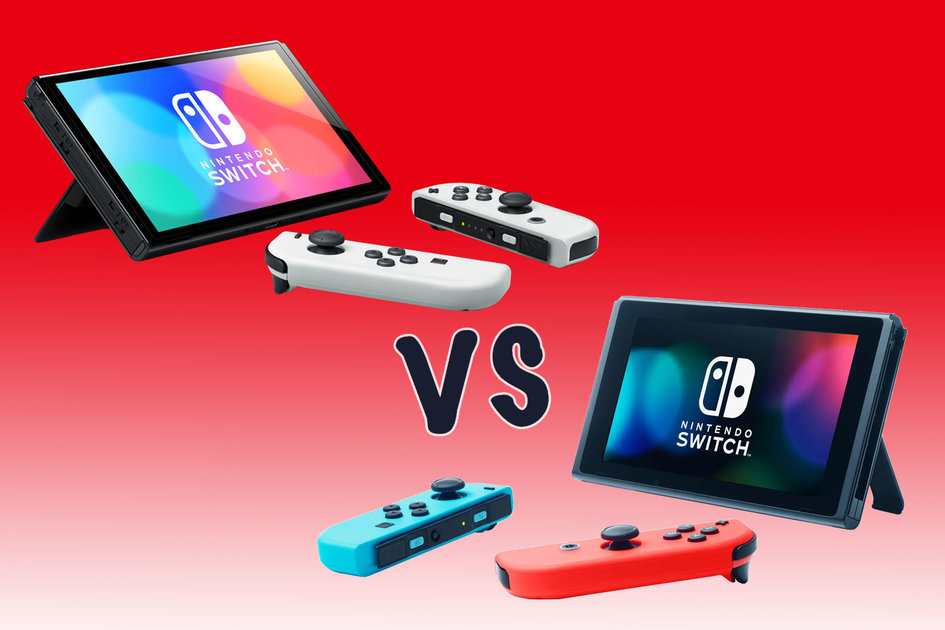 Still, some argue that the introduction of the Nintendo Switch OLED (an updated version of the original Switch with a new OLED screen versus the old LCD display) released in Q4 2021 belongs in the Ninth Gen even though there were no major changes were made to its specifications, minus the display and some cosmetics (i.e. back stand and colors).

Not Just Complexity, Add In Costs

Going back to the main topic, you can see how the complexity of the evolution of video game consoles over the years. The gaming industry has adapted to those complex changes, along with numerous demands in the industry, several times over in order to keep up. Another change that the said industry had to keep up with is the rising cost of creating, developing, and publishing a game title.

A single game title nowadays can cost up to millions (and there are some in the billions) when it comes to its creation and development. Add to that the publishing costs that will increase the overall amount of the game, and you have something akin to a government project in terms of its funding and spending.

Don’t even forget about marketing, as it is essential nowadays to any game in order to be known and to grow. The whole video game sector has been largely compared to both the movies and music industry in recent years. Even when combined, both of the previously mentioned industries are still smaller than the current gaming industry that we have.

According to Investopedia, the whole gaming industry has generated $155 billion in total revenue in 2020 alone, which is seven times bigger than the music industry’s revenue of $23.1 billion in the same year. Due to the closure of many movie theaters worldwide due to the COVID-19 lockdowns (and the cancellation of many movies during that year), it has only generated a measly $12 billion dollars in total revenue.

Analytic predictions for the estimated revenue amount by the gaming industry in 2025 are said to be more than $260 billion in that year alone. Due to that revenue potential, many companies (especially tech) have been itching to get themselves involved in that revenue pie that many want. Giant tech companies like Google, Meta (formerly Facebook), and Apple are some prominent examples that are trying to make a huge break in the gaming industry over the past few years.

Don’t be surprised that tech companies that aren’t initially involved with the gaming industry are now dipping their toes in it, and that is another change that the industry itself must adapt to. Tech companies want to integrate video game streaming similar to how streaming music and videos work in their respective platforms.

History of Tech Companies Being Involved in Gaming

Microsoft, despite being a tech giant itself that focuses on primarily computer-related stuff, has already been in the gaming market since the launch of the very first Xbox console in Q4 2001, competing against Sony’s offering by that time, the PlayStation 2.

2016 saw the involvement of Meta (formerly Facebook) by creating and developing a gaming platform in cooperation with Unity Technologies (responsible for the Unity Gaming Engine). While Google has launched Google Stadia, an online gaming streaming platform meant to use the power of their servers to play games on the go. Unfortunately, Stadia has been a huge flop for many gamers and hasn’t reached the popularity Google was hoping for.

As mentioned earlier, those giant tech companies want to make gaming akin to online streaming, wherein you can access your favorite titles from any capable device while being mobile.

Since streaming services like Spotify and Netflix have been on the rise since their release, many other companies saw the huge potential profit that they can bring to them. Additionally, technological innovations such as VR headsets like the Oculus Rift VR made virtual reality possible via dedicated VR headsets.

Virtual reality offers a new type of immersion that sounded impossible way back in the early days of the gaming industry. One infamous example that tried to achieve VR was Nintendo’s Power Glove that was released in 1989. Unfortunately, due to the VR technology being primitive by that time when compared to today’s standards (adding the fact that the gaming industry itself was still in its infancy), it ultimately failed and was quietly shut down by Nintendo a few years later.

Just like any product that is being sold in the current global market, video games have their own form of merchandising that can help generate revenue and profit. It is also one of the ways to recuperate expenses and development costs, aside from selling the game itself. 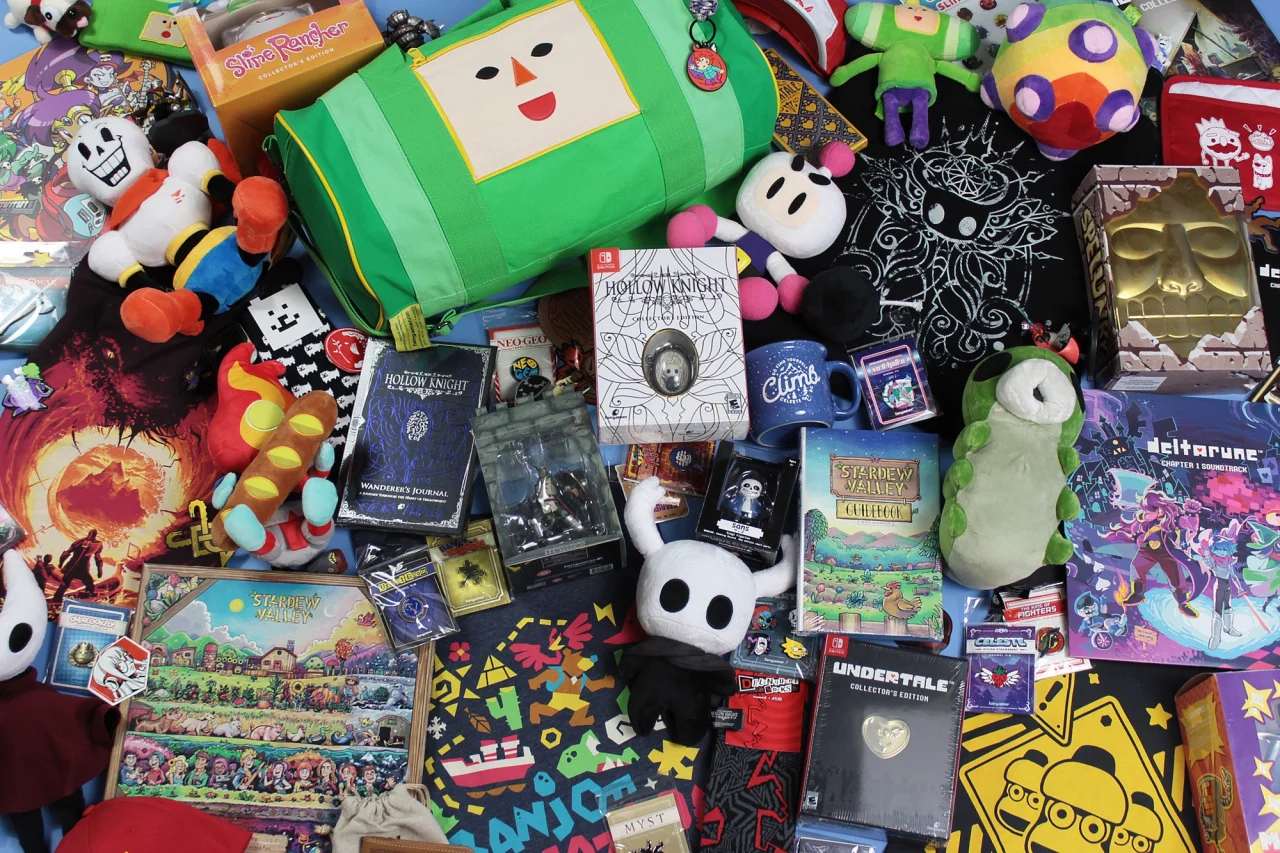 One such example would be the Pokemon series, which had its own anime adaptation, trading card game, figures, and many more. It helped the franchise to be well-known and loved by many worldwide.

Extension in the Market Demographics

Thanks to the rise of eSports in recent years, the video game industry has not just reached gamers themselves, but also other people with different demographics. Most video games nowadays aren’t just a niche hobby anymore, but it is a hobby that everyone can enjoy regardless of their age, nationality, and gender.

There are various types and genres of gaming that one can choose from, especially ones that grabbed their attention or that they are interested in. Thanks to that variety, people who aren’t into games or aren’t hardcore gamers can enjoy games without having to invest a lot of time and their attention to one particular game and just want to play casually.

Conclusion: It Will Continue to Adapt and Innovate

Constant change will be the reality that the game industry must face and it has shown over the years that it can easily adapt to those changes and innovate further. And it will continue to evolve itself over and over to keep up with the demands that industry faces, both present and upcoming ones.

Expect that the demographic that the game industry covers will greatly expand over the upcoming years, as various new forms of technology will come into play when it comes to video games.

ALSO READ: What Will The Best Paying ESports Games in 2022? 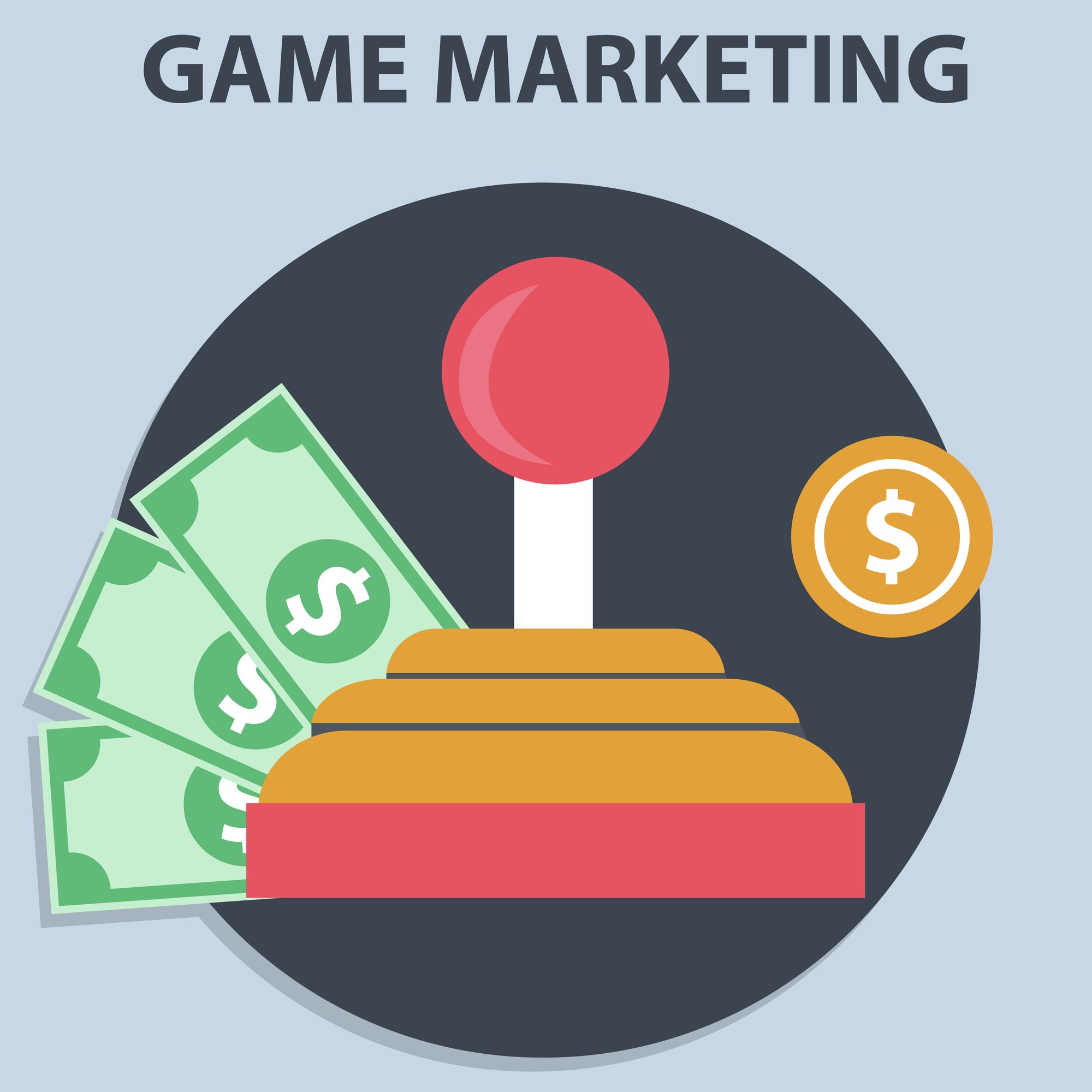 How To Market Your Gaming Brand 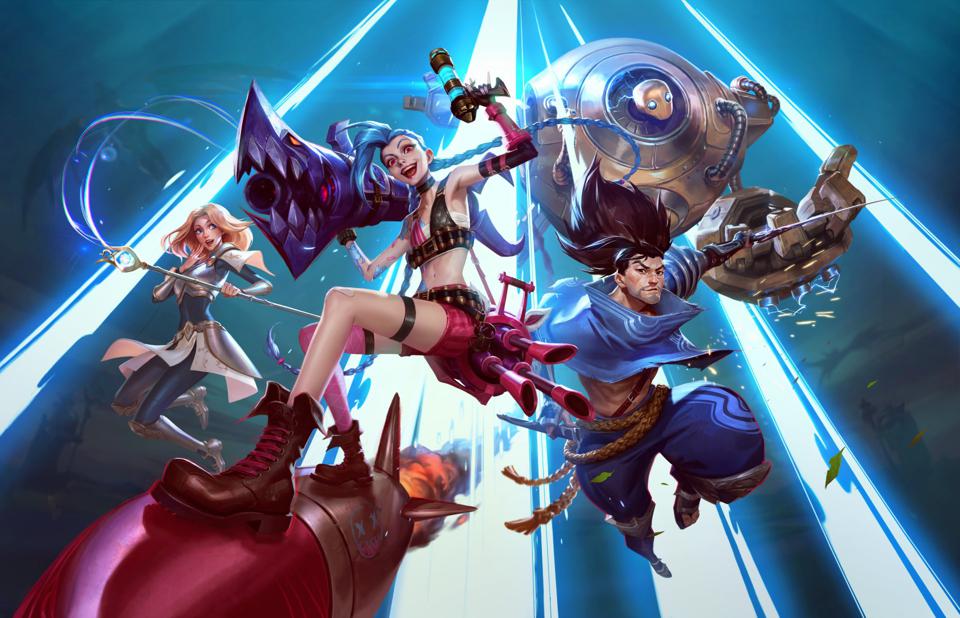